Baking Soda to Clean a Cookie Sheet – Does It Work? 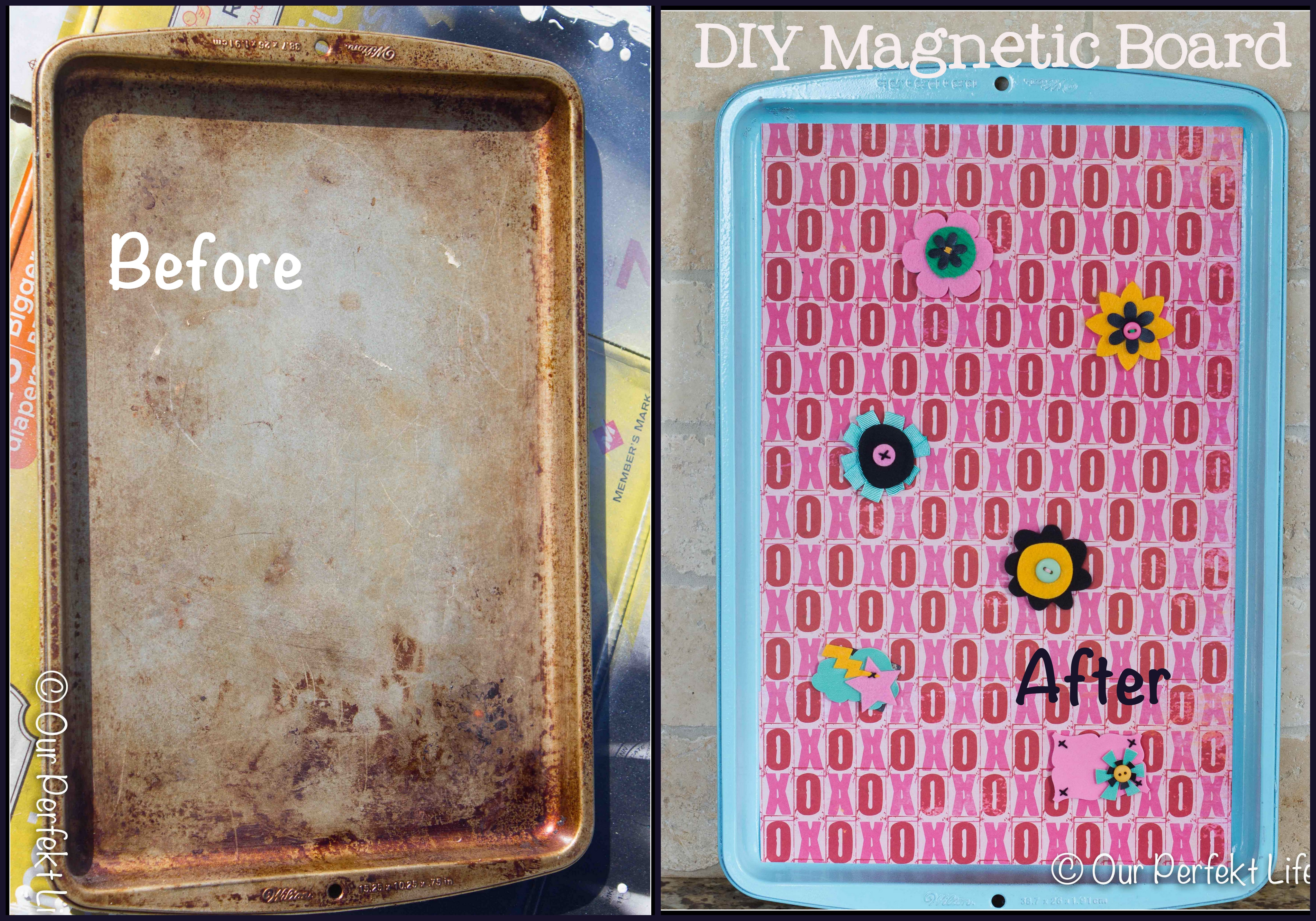 Well after I cooked pizza on one the other night and lost half of the crust I figured I would just throw the sheet away.  But Jenean suggested I try baking soda.  It’s a trick all over Pinterest that show amazing before and after photos that I just couldn’t resist.  But I was skeptical… 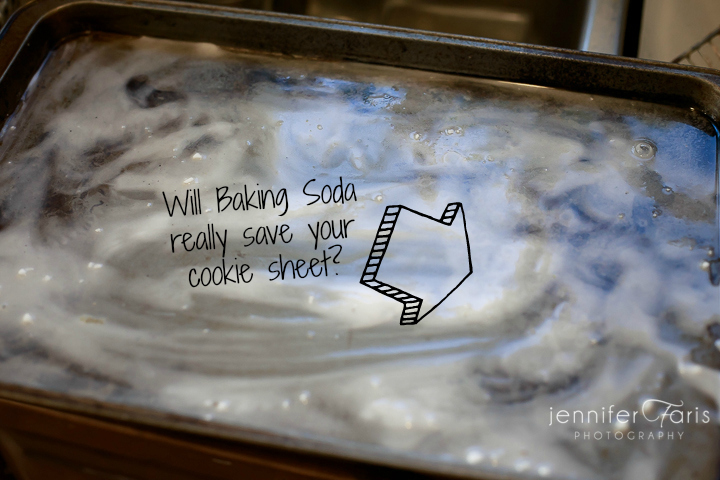 I tried baking soda with water first.  I scrubbed with a brillo pad and was not entirely impressed with the results.  I tried again by making the paste out of baking soda and peroxide. Still not worth keeping the cookie sheet to me. Next I tried scrubbing with a ball of tinfoil (which sounded crazy when I read it but I had nothing to lose at this point).

I became a woman obsessed.  I had a Lady MacBeth moment ‘Out, damned spot!’ (any other literary geeks out there or am I hearing crickets?)

I scrubbed until my arms were sore (I really need to work out people).

Finally I felt like my effort had paid off. Sort of. 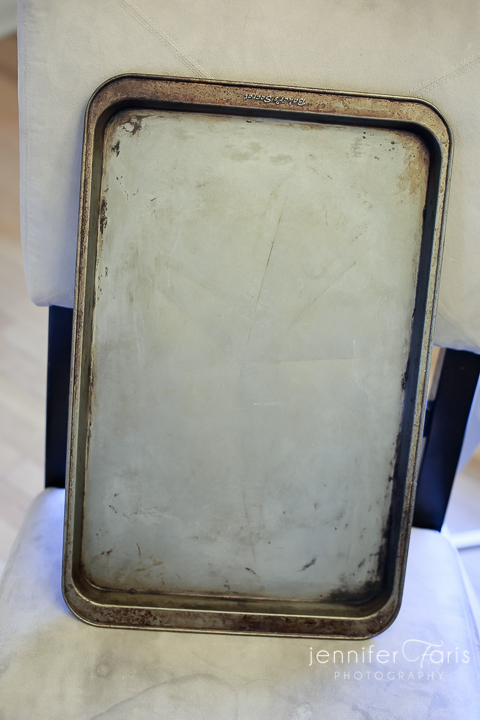 My thought is this, the trick probably works way better the first time you ruin the pan…not after you’ve baked in the damage 13 more times.  So If you’re like me and can’t seem to keep your baking sheets clean, try the baking soda/peroxide right away. 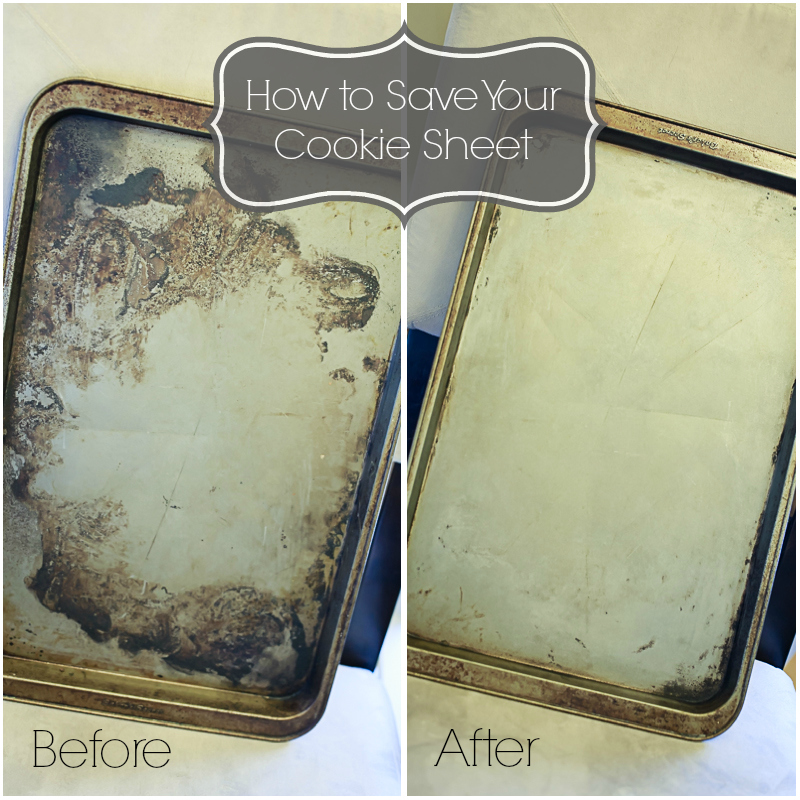