It Takes A Village

It was a little over a month ago.  I had been on a business trip for 5 days and was missing my babies and husband, lots.

I boarded my flight and settled into my window seat for what I anticipated would be a very productive 4 hour flight from Orlando to Denver editing photos. As the plane slowly filled to capacity I wondered with short-lived anticipation if the middle seat would actually remain empty.

I saw her struggling to maneuver the small aisle with her bag and wiggly little boy.  He looked about 18+ months old and I knew that he was about to be my neighbor for the afternoon.

She sat down and immediately I wondered how this was going to play out.  She was um…’curvaceous’ and once he was on her lap his face was inches away from the seat in front of him.  Immediately he began fidgeting with the tray table and each time she pulled his hand away he became more determined and vocal.

Not good, I thought. We hadn’t even taken off yet.

She began to try to talk him into a nap which he clearly had no intentions of. My heart started to beat a little faster. My lofty goals of having an accomplished workday were left on the runway as we lifted into the air.

And then he looked at me. And I melted a bit. 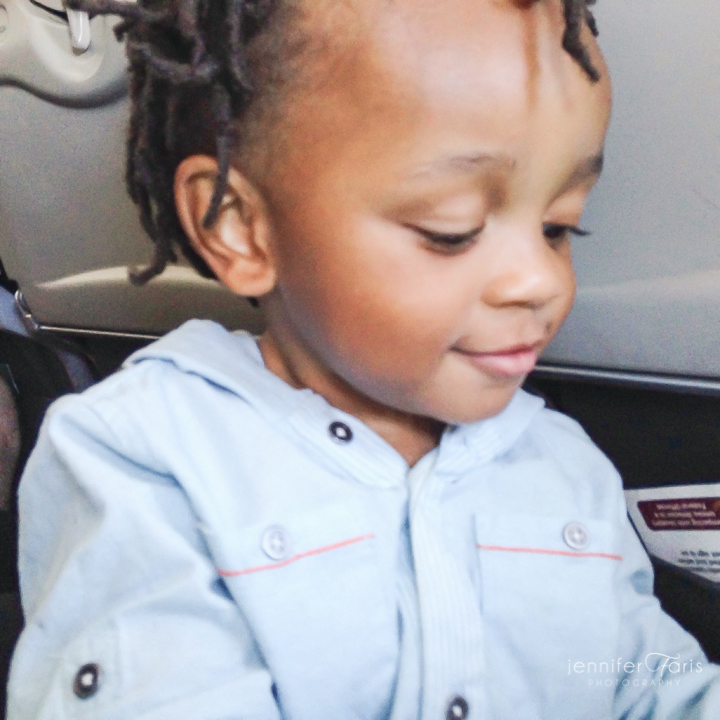 I made small talk with her and told her about my 3 kids. I wanted her to know I was a mom, a kindred spirit. That I felt for her situation. The more I thought about it the more convicted I was to make her feel incredibly welcome sitting right next to me. Not judged.

I’m not sure if he sensed how badly I was missing my own babies, or if he just figured out I that my lap was the better real estate between the two of us but before I knew it he crawled right over onto my lap.

And he stayed there.

When he stood on my legs and started patting the mans head in front of me I gently but firmly told him no.

When he started to get wiggly I played the little tickle game that I play with Luke and he loved it…just like Luke.

As he started to fidget from exhaustion I sang quietly to him and before I knew it he was asleep. 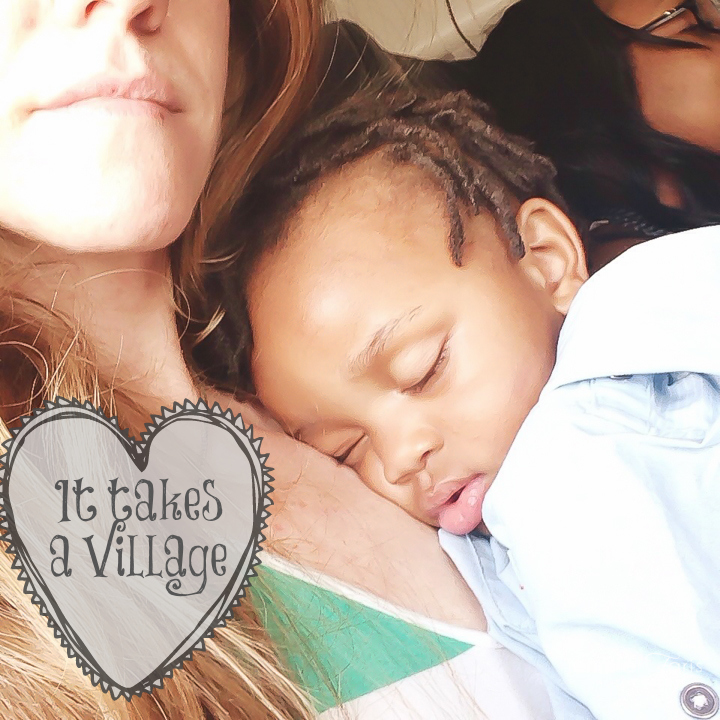 And so was his momma.

Later I found out this was only the first of two flights for her. Turns out she was with her sister and nephew (who were in the front of the plane) and they were headed to California to one of the amusement parks. After surviving a rare and deadly cancer, it was her 4 year old nephew’s ‘Make A Wish’ to go there and bring his little cousin with him.

You just never know who’s sitting next to you.

I believe it takes a village to raise a child. So on this Mothers Day, I just want to say thank you to my village.

And I wish the best of luck to my sweet little buddy and his family. It was such a pleasure to be a part of your journey even if for a short 4 hour flight.